‘Badder Up!’ Had such a stellar time shooting w/ the bad a$$ that is Aleks Paunovic of SyFy Channel’s Van Helsing yesterday! Aleks killed it last season on The CW’ iZombie & The 100 & smashed the silver screen w/ Mr Jesse Metcalfe & Virginia Madsen in Legendary’s Dead Rising and now he’s bringing the game home by clearing the bases every Friday night on the new SyFy hit series! Not only has the show been a smash right off the bat, but it’s already been renewed for Season 2! Catch all the bloody good fun tomorrow night starting at 10/9c only on SyFy! 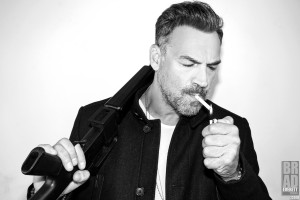