‘The Queen Bee!’ This Monday The Vampire Diaries & Paranormal Activity’s Gabrielle Walsh leaps back onto the Big Screen in the film that is being called ‘The Best Horror Film of the Year!’ The HIVE!

Guardians of the Galaxy’s James Gunn says it’s ‘The Most Horrifying & Disgusting Love Story Ever!’

Get your tickets now before they are gone! 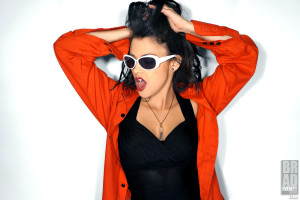