‘The New Forrest!’ Forrest Vickery of ‘Everybody Wants Some’ the Movie for Dream Loud Official. When all of Hollywood ascends on Austin Texas next week for the SXSW Film Festival it will be greeted w/ the masterpiece that is Richard Linklater’s newest film ‘Everybody Wants Some’ to open the festival & thus introducing the world to Forrest Vickery! Had such a blast shooting w/ him yesterday & all I can say is get ready for the ride! This 80’s college baseball film is destined to be the new Line Quoting cult classic!

Everybody Wants Some opens in limited release on April 1

What ya thinkin’ there sir? 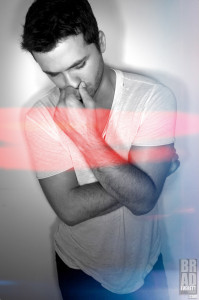 ‘Addicted To Love!’ kind of Summer! or just #OneCrazySummer!

What happens when you put 3 cast members from different #soaps / shows together in a bathtub? You get exactly what you think! One hell of a show! 🙂 I’ve missed the catfights/3some days of #Dynasty/Melrose Place, so I thought it’d be fun to bring ’em back for the campaign! 🙂 Turn on your fan & enjoy!

Allison Paige of Days of our Lives, Stephen Lunsford of MTV’s Teen Wolf & Camryn Grimes of The Young and the Restless for DREAM LOUD!