‘The Supreme!’ Shelley Regner of Pitch Perfect and the upcoming Almost Famous the Musical for Dream Loud Official. Right now Shelley is on the way back from promoting her newest film ‘What Happened Last Night,’ but earlier in the week this bombshell was in front of my camera Wow’n me for the 9 millionth time! Can’t even tell you how much I adore how talented & simply amazing this doll is! 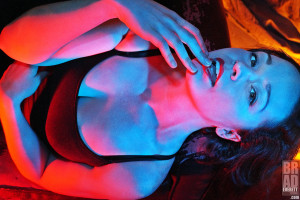 ‘The iZombie Force Awakens!’ Robert Buckley Malcolm J. Goodwin & David Anders of The CW’s iZombie gettin’ their Star Wars on in honor of the the new #‎TheForceAwakens trailer release! Catch an All New episode of iZombie tonight at 9/8c on The CW!