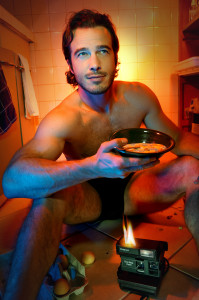 The devious things we do! Ryan Carnes of General Hospital for Dream Loud w/ Lisa Mitchell

Behind the scenes of last night shoot with Ryan Carnes throwin’ a bit of blue steel in there w/Lisa Mitchell. Always phenomenally inspired working with these two!

Can’t say enough about these two amazing friends! It was freezing cold & they put up with my artistic craziness, which involved a gas mask, fire extinguishers, fake blood & more. 😉 By the last frame they were beyond shivering but they were committed to finishing the project like it was a warm day at the beach! More to come from this shoot, but here’s the first of the video pictorial w/ these two.