‘Laundry Night’ with August Roads of MTV’s Faking it & Dragula The Movie for Dream Loud Official.

It’s normal to eat a burger wrapped in dryer sheets & wash it down by sippin’ on bleach while you wait right? 🙂 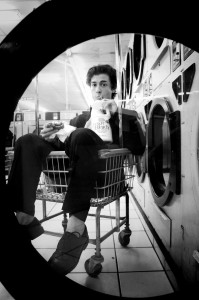 Behind the scenes from last night’s shoot with August Roads of MTV’s Faking It.

Looks like he’s giving me his demands in the middle of the shoot, but it was quite the opposite. The guy is a rock star. I mean, I threw him in the pool in a suit & then gave him a pink float. lol Wait till you see the pics! 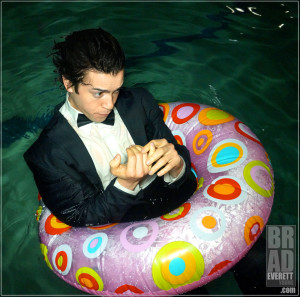