‘Hey You! Yeah You!’ Ben Papac of AMC’s new hit series Into the Badlands for Dream Loud Official. Hey You watching The #MidSeasonFinale of The Walking Dead. Stick around after for the new series that’s, well, kickin’ some major Arse! 😉 Catch an All New episode of Into the Badlands at 10/9c after TWD!

Out Into The Cold World 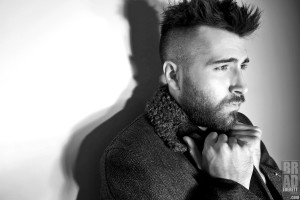