Tastes Like Summer!’ Big News! The CW’s iZombie arrives on Netflix today, so you can marathon watch your Fav episodes from Season 1 before the epic Season 2 premiere tonight! Season 1 is also avail on DVD w/ Bonus Features never seen!

Live Tweet w/ the cast during tonight’s Season Premiere at 9/8c on The CW!

‘Get In My Tube! TV Tube that is! : Robert Buckley of The CW’s Smash Hit iZombie for Dream Loud Official. Summer might be over, but it’s not too late to binge watch Season 1 before the second one premieres on Oct 6th! 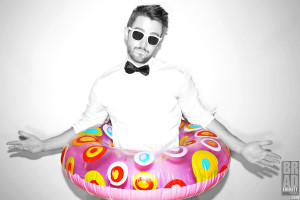