Tune in weekdays & catch all the drama these two are causing together! 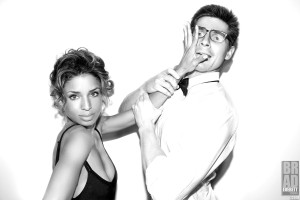 ‘Bad Case Of Lovin’ You!’ Robert Palmer Watkins’ Dillon Quartermaine has a bad case of lovin’ the wrong/right person, but maybe Valerie could be the medicine the doctor ordered!

Tune in weekdays to General Hospital on the ABC Television Network & catch all the drama that’s heating up Summertime!

In The Midnight Hour!

‘In The Midnight Hour!’