‘Mr Stretch!’ We don’t wanna see Summer go! So, we’re ‘stretching’ things out beginning tonight with the 1st of the 2 part Season Finale of The CW’s Significant Mother!

Tune in and catch Josh Zuckerman along w/ guest stars Jerry O’Connell & co-creator Erin Cardillo on an All New Episode at 9:30/8:30c on The CW!

For the campaign these pics have all been in black & white, but totally hate that it robbed you guys of Andreas’ blue eyes. 🙂 So, here’s both versions of it! 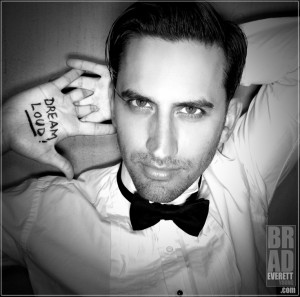