‘Davis, Harry Davis!’ Brett Tucker of ABC Networks’ Summer Hit Sensation ‘Mistresses’ for Dream Loud Official. This guy might be heating up TV Screens all summer, but I’m telling you the hunt for the new James Bond is over after seeing this shot immediately after capturing it yesterday during my ‘Must See Summer TV’ shoot w/ the cast! He’s definitely ABC’s Secret Weapon! Catch Brett and the cast of Mistresses as they make Monday night’s temps rise all Summer long at 10/9c! 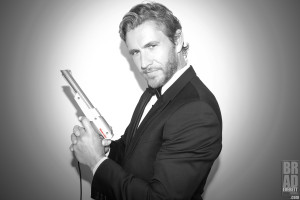