‘Such A Release!’ You’ve asked, you’ve waited! Finally The News arrived today that Total Frat Movie has a release date! Digerati Films announced Exclusively in Variety that college comedy will receive a Sept. 23 release in theaters and on demand.

Catch Mr Justin Deeley at his worst, or best however you look at it in this long awaited film’s release! Get your tickets now! Don’t make Justin drop the Axe on you! 😉 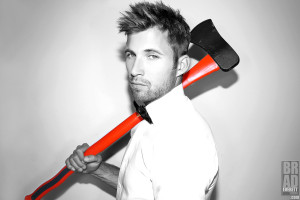