‘The Flash(er)!’ Rick Cosnett of The CW’s The Flash, The Vampire Diaries & ABC’ Quantico for Dream Loud Official! Can’t tell you guys how often I get to praise this guy because I often work w/ friends who also come in also raving about him as a person, about working with him, asking about him, etc. Which has happened 3 times in the last week or so. It’s really cool in this biz for someone to receive such accalades from fellow acting peers, etc & I’m honored to be one of them! On that note tune in tonight when Rick aka Eddie Thawne is BACK along w/ Andy Mientus on an All New ep of The Flash at 8/7c only on The CW 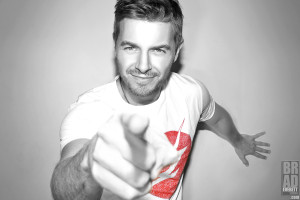