‘The Power Player!’ Finding out that I’ve been published again on the weekend that Dream Loud Official celebrates it’s 2 year anniversary is pretty darn stellar I must say! And making it even better is that it’s for the major Hollywood mover & shaker that is @Erin Cardillo in this weeks Soap Digest. 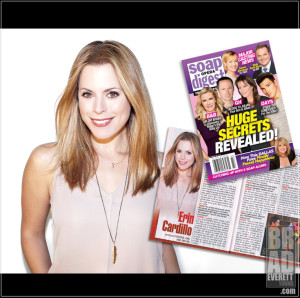